Why am I doing this?

Steve Smith will ride his Enfield motorbike with hundreds of other dapper gents (and ladies) on classic bikes on 29 September to raise funds for men’s mental health and prostate cancer.

“I have had a few friends survive prostate cancer. A good friend is 27 months in remission.

“The more men who are aware of the PSA test, the better. It could save your life.” The other focus of the ride is men’s mental health. Smith, who has lost two friends to suicide, believes it is something men need to talk more about.  “My first friend who took his life was always in control of our friendship. He was the outgoing one. I didn’t see it – men don’t show their feelings.”

Smith experienced depression 10 years ago, after bringing his family to New Zealand from South Africa and settling in Devonport. It was a major upheaval and he also questioned the wisdom of separating his wife and children from their extended family.

Attending Holy Trinity church gave Smith a support network, and he sought professional counselling, as well as returning to Johannesburg to confirm his decision.

He couldn’t be happier now, but knows a lot of men won’t seek help.

Smith is spreading the word and pursuing his own “stress-relieving and anti-depres- sion” motorbiking passion with the upcoming fundraiser.

Article published in the Devonport Flagstaff

Prostate Cancer - Will You be a Statistic?

A story by a friend who has survived prostate cancer.

One of those bags in the picture was mine. For 8 weeks, before work I would drive across the Auckland Harbour Bridge for radiation treatment each morning. I'd fill me bladder up in the car, drinking lots of water on the way to Mercy Hospital. I'd arrive close to bursting, sign in, take my clothes off, put on a lavalava and join the other men and their support people waiting in a lounge for a does of radiation.

I have prostate cancer.

I've been in remission now for around 27 months. If not for a PSA test on the urging of my wife, I might not be here to tell you about it.

I'd like to share a little bit of my story with you, because it may save your life or that of someone you know.

New Zealand is a small country with a small population. Yet, today, based on current averages, 2 people in New Zealand will die from prostate cancer and around 10 people will be diagnosed with it. I don't know about you, but to me that's a lot of people AND many of them did not have to die.

Now most people who get prostate cancer are over 50, but people have been known to get it in their 20's and 30's. Whatever the age is, doesn't make it any less devastating. There is some great research going on in this space and donating to fundraising is very important for many reasons. They include to raise awareness, to encourage people to get a PSA test, to provide support for people who have the condition and to support research to make treatments affordable.

When I found out I had prostate cancer, I was gobsmacked. Those things happen to other unfortunate people, not to me. My family were also devastated, to an extent that I didn't realise to start with, because they were trying to support me, rather than let me see how they felt.

I then went to Doctor Google, online support groups, an actual support group, I tried dietary treatments like eating sea cucumber, not nice! I bought a book, recommended as one of the best. which talked about all of the different ways it can be treated. I can tell you that was nightmare material, especially for people who didn't find it early.

The scariness of the treatment is proportional to the delay in finding out that you have the condition. Discover it early and it might be radiation or drugs, and you can be in remission very quickly. The problem with prostate cancer is that you can be a long way down the track without noticing any symptoms at all.

Leave it too long and assuming you survive, you might be in for surgery to remove the prostate, which amongst other things can result in a reduction in the size of your penis (sorry but I want to be real here and I hope that spurs you into action), inability to get an erection, incontinence and of course death. How's that for a shopping list?

So which would you rather have, a blood test for starters, which will give you a baseline of what your normal PSA levels are, perhaps add it to your annual medical checkup, or a combination of the things in the paragraph above? How would you deal with any one of those options?

I have campaigned for the last few years, since getting cancer, because that PSA test saved my life. I've encouraged more than 20 people to get tested. I'm pleased to say not a single one of them has cancer, but they now have a baseline so that if things change, they can deal to it in a hurry, but they also have the peace of mind that they don't have it.

So please get yourself tested and support any initiatives that may help others from suffering needlessly and encourage friends, colleagues and family to do the same.

One thing I do also strongly recommend is to make sure you have medical insurance, life insurance or some form of hospital/medical insurance that will cover you before getting the test. When I found out I had cancer, the first thing my insurance broker said to me was "Luigi, you are now officially uninsurable."

A close friend of mine has cancer and has to be on chemo for the rest of her life. Her policy only covers 60% of the treatment costs. She had to sell her home in Auckland and move to a small town, to cover the cost of the drugs that have kept her alive. You don't want to be in that situation.

A couple of years ago, I was at a prostate cancer fundraising poker night at Sky City Casino. I spoke with a well know radio personality after she gave a brief presentation about having lost her father to prostate cancer. Being a typical Kiwi bloke, he knew he had a problem with his waterworks, but being a typical Kiwi male, he wasn't going to take that problem to a doctor.

"She'll be right", he may have thought. I'm just guessing. he may have told himself, no doctor is putting his finger where the sun don't shine.

He took those thoughts to the grave, leaving a desperately distressed family behind, knowing that he could still be alive today and they will never get over the fact that his old school Kiwi attitude, his tough manliness cost him his life.

If not for yourself, do it for your loved ones. For your partner, for your children. be one of the statistics of people who either know they don't have it, or found out early like me and live to tell the tale. Do it soon.

Tomorrow another 2 Kiwi men will die from prostate cancer and another 10 will find out they have it. The same the next day and the next. That adds up.

I want to thank the people who volunteer to raise funds for cancer support and research, whether it's doing a bike run, growing a moustache or just sharing the story. It doesn't just happen to someone else. It happens to people like you and me.

Huge thank you to Luigi Cappel for sharing

Depression, anxiety and panic attacks are not signs of weakness. They are signs of trying to remain strong for far too long 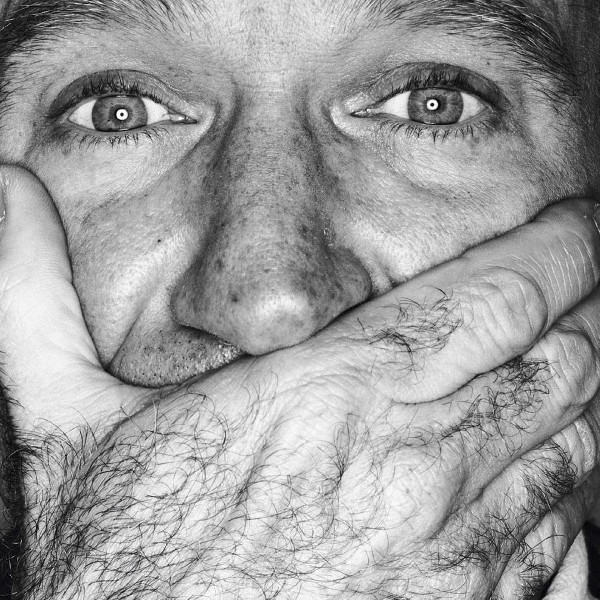 This picture hit me hard

I had a friend who smiled like this, was always happy until he took his own life.

3 out of 4 suicides are men

510,000 men die from suicide globally each year. That’s one every minute. This has to change.

The causes of suicide are complex. There’s no single reason why men take their own lives, but we do know that by improving overall mental health we can reduce the risk of suicide. We need to address untreated mental health conditions among men.

Too many men are toughing it out and struggling alone. There’s no shame in checking in your own mental wellbeing, and those close to around you. Our friends over at Movember have produced some handy guides, that might help take the sting out of broaching the subject. 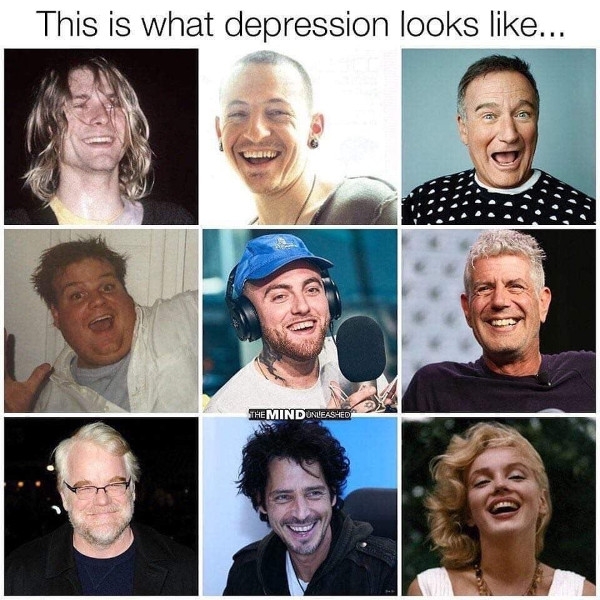 Let's do it again

On Sunday September 29th 2019, over 130,000 distinguished gentlefolk in over 700 cities worldwide will don their cravats, tussle their ties, press their tweed, and sit astride their classic and vintage styled motorcycles to raise funds and awareness for men’s health, specifically prostate cancer and men's mental health.

This is the third year that I am taking part in The Distinguished Gentleman's Ride to raise funds on behalf of the Movember Foundation.  Last year, you helped me raise over $5500 NZD for this worthy cause and I am aiming to make it $10 000 this year.

Please reach out to give what you can and show your support.

Check out this YouTube video from last year’s event with over 500 bikes. 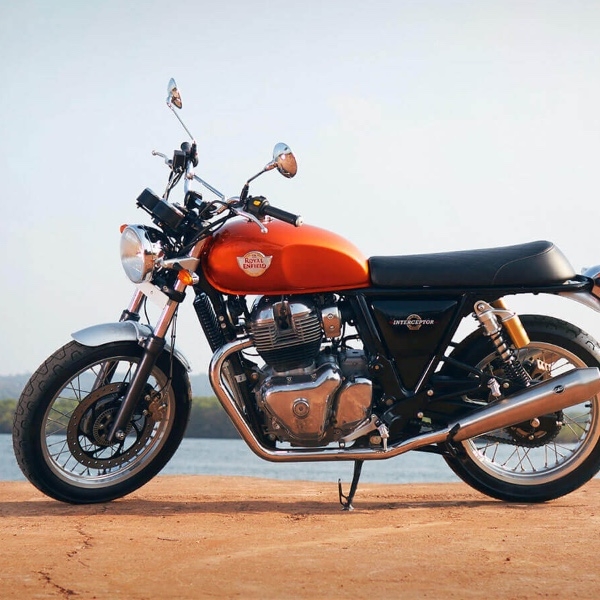 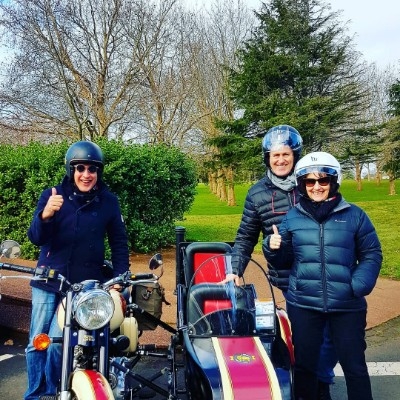 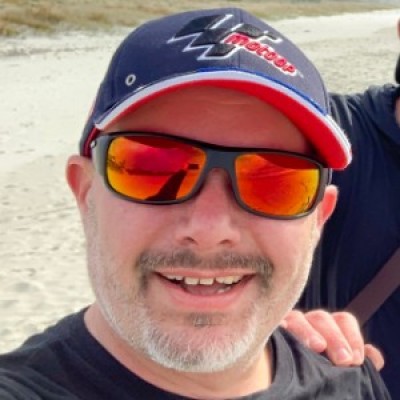 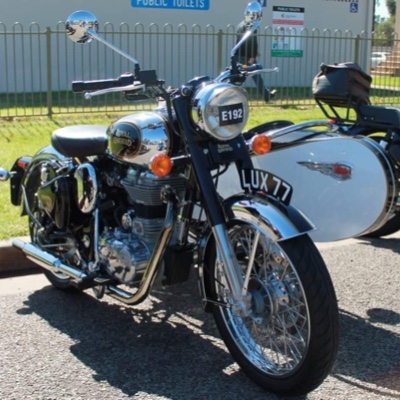 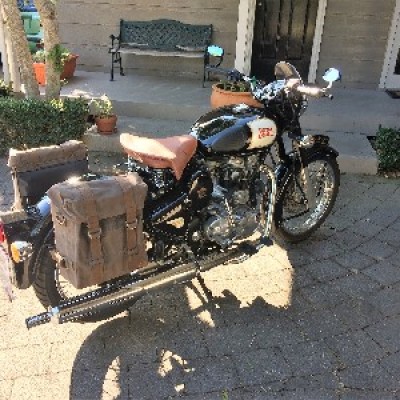 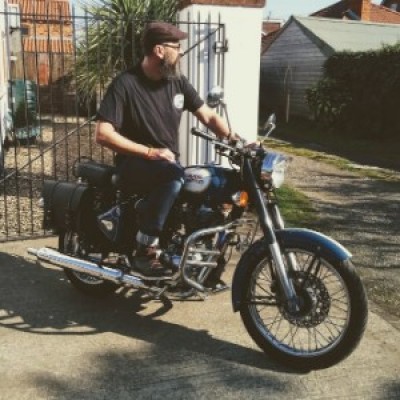 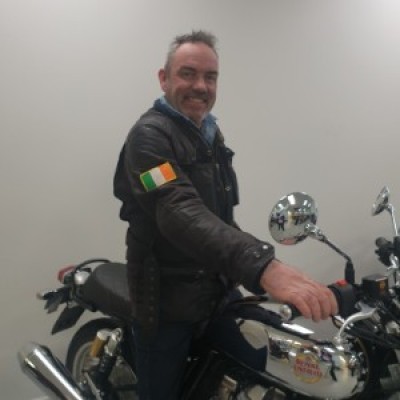 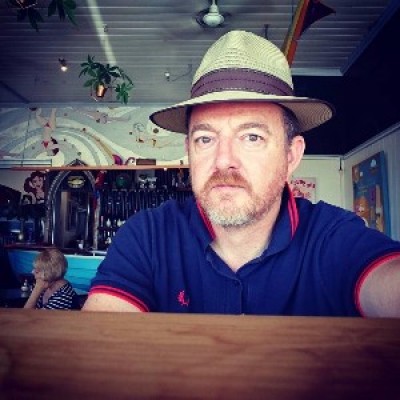 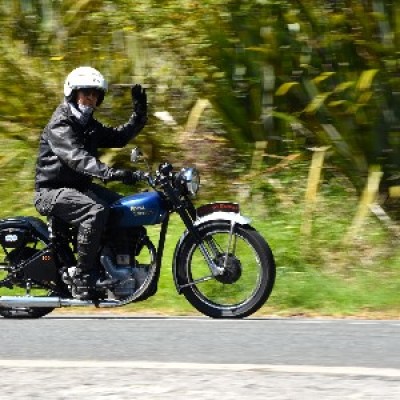 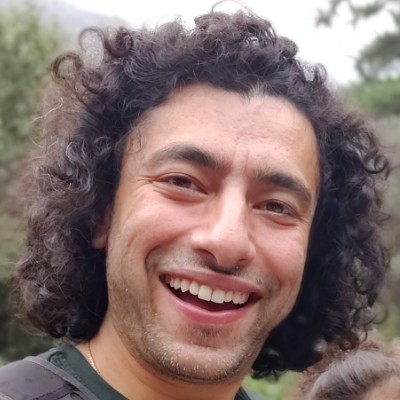 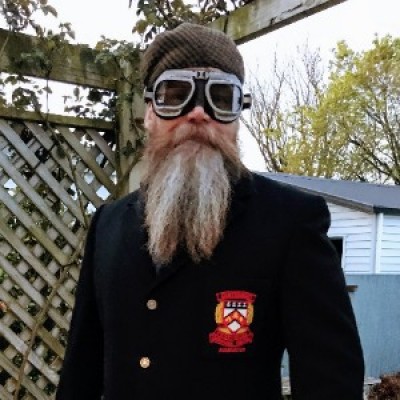 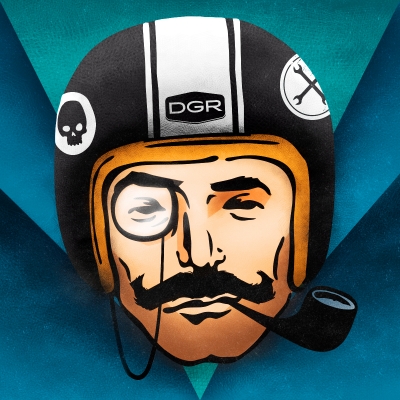 Love you bro. Great cause... Buy a Ducati.

Have a great ride steve!

Proud to have Steve as a member of our team. Good luck for the ride!

All the Best mate! You can do it. Great cause !

Good on you Steve, another year out there supporting awareness and wellness to all. Thanks for the link. Hails

Good on you! What a fantastic cause.

Thank you Steve for all you stand for and your support !

You are a good man

Happy to support a good cause.

Have a fun and safe ride Steve for a great cause

Thanks for this Steve.

All the best Steve!

Posters in the gym were the clincher

Excellent cause and one I am proud to support

Keep up the great work, Steve.

wonderful to see and hear all those riders on Ponsonby Road. Keep up the good work. I'm a prostate cancer survivor too

Great cause Steve. Take care out there!

Great cause Steve... Nicole from the gym

Keep up the great work mate

Good on ya Steve

Thank you so much for what you are doing Steve, I wouldn't be here today if it wasn't for a few simple blood tests and as for depression, I have not been without black days. Guys don't talk much about these things, but they die from them.

Best of luck Steve, well done for creating so much awareness around men’s health. Have been meaning to donate for weeks!

Great cause Steve, I am sure that with people like yourself that are focused on helping others you will meet the objectives. Tony

Hey My Friend I hope this helps. Regards Reymond

Way to go Steve again, hope you reach your target. 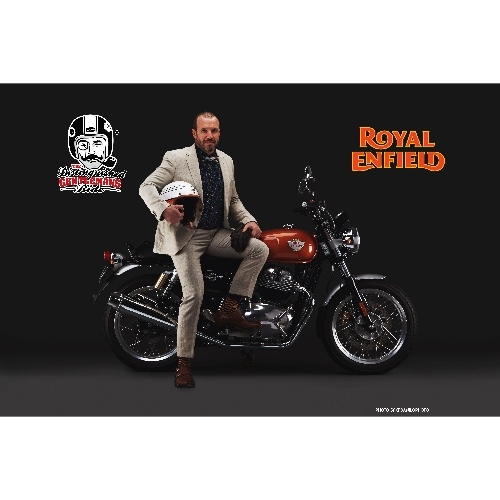 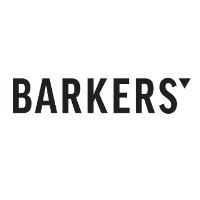 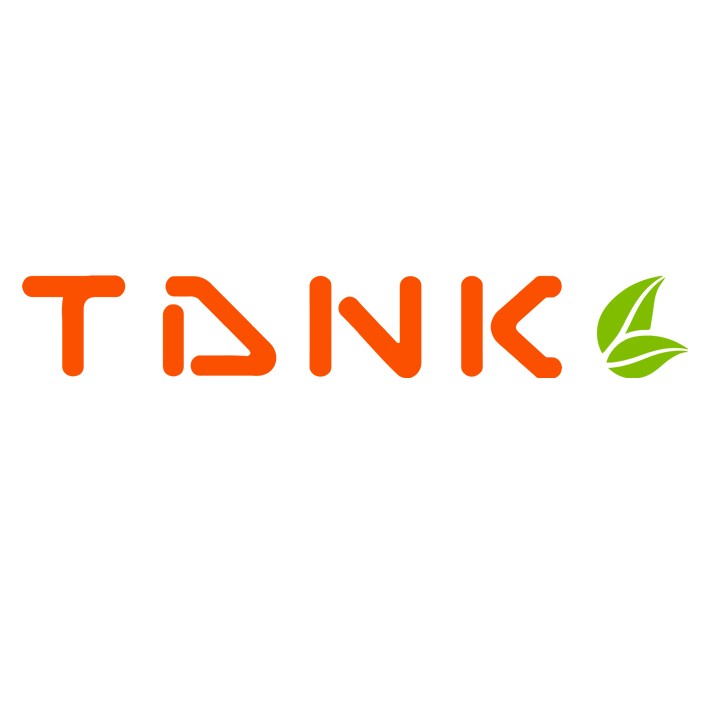 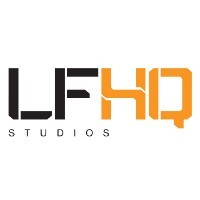 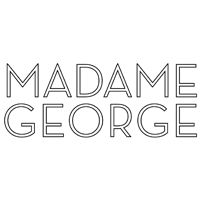 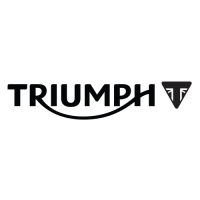 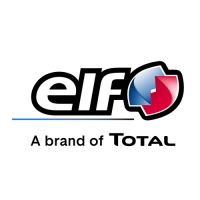 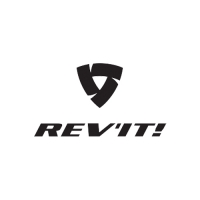 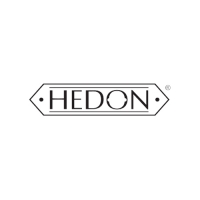 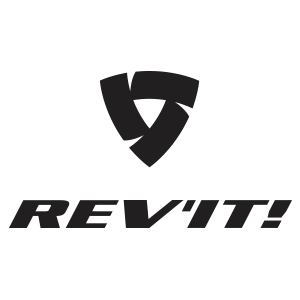 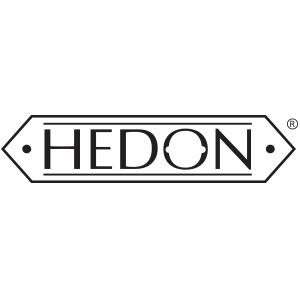 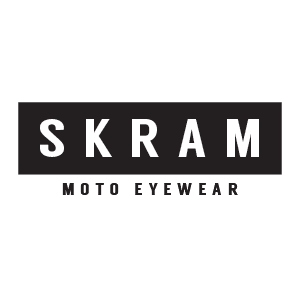 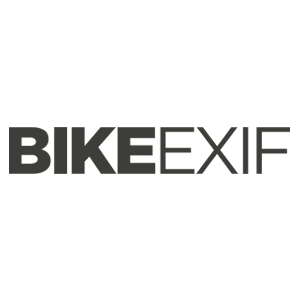 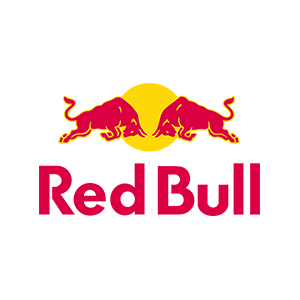